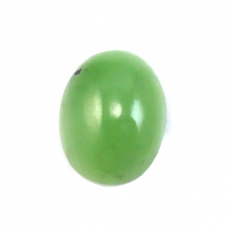 JADE GEMSTONE: ITS BEAUTY AND MUCH MORE

Right from the very early times, the use of jade gemstones have been quite popular and it is one such thing which is prevalent even in modern times during the current 21st century. This kind of gemstone usually served a spiritual purpose and has enough impact on human lives in various aspects like health, work-life, marriage and various others. It helps one to attain to the path of leading a healthy, peaceful and happy life and is also believed to serve as a good luck charm and is said to bring about all kinds of prosperity in various phases of one’s life. The kind of power that it claims to have been bestowed with is something which is strongly believed in the Asian culture and has also been adopted as a lucky charm bringing about peace and joy in other cultures as well as one can see nowadays.

The ‘Jade' which was originally used for making various things like weapons and sculpture especially in the earlier times are now popularly used in the manufacture of gemstones which serves its role mainly as a lucky charm in human lives. It is currently being used more and more as a valuable gemstone because of its eye-catching beauty and color which not appears in the green shade as most people think it to be, but it keeps differing between various shades of lavender, white, green, black, blue and grey. It is basically a gorgeous, strong and sturdy material of jadeite or also what is known as nephrite. Jade is extremely versatile in serving various purposes as it can be easily engraved to give rise to a number of beautiful shapes. These gemstones are available at a comparatively higher market value especially the purely emerald green colored one which is extremely high prices and is commonly identified for its properties of being translucent and known as the imperial jade.

Although there are various kinds of highly attractive gemstones available in the market of the present times, the beauty of the Jade Gemstone is something which is not just something which holds spiritual properties of bringing about peace and harmony in one’s lives but also is just too irresistible in their beauty and charm.